The short answer to how burning 1 litre of dieselwill create2.68kg of carbon dioxide when burned in order to power a truck.

1 litre diesel, weighs around 840g but it produces 2.68kg of carbon dioxide. This CO2 is generated in the combustion process in the engine and is a potent greenhouse gas increasing the speed of global warming. To understand why the total carbon dioxide produced is heavier than the original litre of fuel, one needs to turn to the chemistry: diesel and petrol are full of carbon, but carbon is quite light. However when the fuel burns, the carbon combines with two oxygen molecules (both of which are heavier than the carbon molecule) to create carbon dioxide. Each oxygen molecule weighs in at about 25% more than a carbon molecule and then there are two of them. To put it into numbers, if carbon weighs 12, two molecules of oxygen weigh 32. What proportion of diesel and petrol are carbon? With diesel, about 720g of the 840g that one litre actually weighs is composed of carbon. With petrol around 640g of the 740g weightis carbon.

One fully grown tree can absorb 21 kg of emissions from the atmosphere in 12 months. (www.viessman.co.uk) If one considers that one truck travelling 150 000 km a year and using, say, an average of 3L diesel per 100 km, then the truck will use approximately 45,000 L fuel. This amount of fuel, in turn produces (at 2,7 kg of carbon per L diesel – see explanation above) 121 500 kg of carbon which goes directly into the atmosphere and stays there, increasing Earth’s temperature. If you wanted to, you would need to plant 5786 trees annually just to mop up the CO2 ofone trucktry to imagine what would be needed to clean up after the millions of trucks on roads worldwide. However by fitting aerodynamics to a truck one can save not only 8%- 10% percent fuel,but also avoid creating 12 500 kg of CO2 (which otherwise would need to have an additional 4630 trees planted to absorb it). Then you will significantly reduce your own carbon footprint. If every truckwere able to save 8% of the fuel used then the world would much better placed to combat global warming. It’s not the total answer but it would be a really good start.

Based on one truck with: 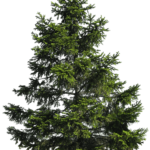 Truck owners want to reduce their carbon footprint and save money on fuel. We have developed a calculator that estimates the amount of fuel savings by installing an Aero Kit on your truck. The calculator is easy to use and calculates estimated monthly, annual, or lifetime savings based off of driving habits. You can even estimate how much CO2 emissions you’ll be saving!

Yet another environmental problem has been solved by the clever minds at Aero Truck. An increasing number of truck owners are installing carbon-saving aero kits on their vehicles, but not all know how much they’re saving with each ride. The new Aero Truck Carbon Savings Calculator makes it easy to compare the savings from one trip to the next and find out how much money is being saved in CO2 emissions annually. It takes just seconds to use this calculator!

If you’re looking for a way to cut your carbon emissions, the Aero Kit is one of the most innovative ways to do just that. The truck’s aerodynamic design cuts fuel consumption by 20% and it can reduce CO2 emissions by up to 40%. We have an online calculator available so you can see how much money-and planet-you could save with this groundbreaking product. Contact us today if you want more information on ordering or leasing our trucks. You’ll be happy knowing that each purchase helps fund clean energy research!

Areas we are based in :